Bagpipes, Haggis and kilts
Everybody knows the cliché of the piper on the shortbread tin. But have you experienced the breathtaking reality of a hundred pipers skirling in deafening unison? This isn't an image from Scotland's past: it happens every August at the Edinburgh Military Tattoo or on Glasgow Green. 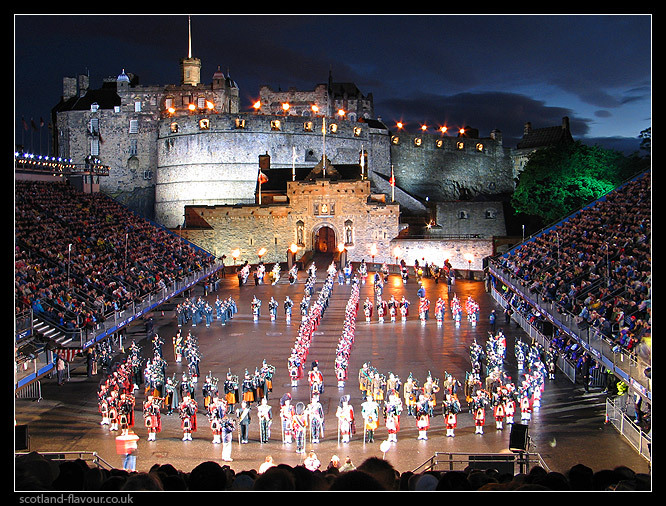 The word tattoo is derived from the Old Dutch doe den tap toe. Literally translated as "put the tap to" or "turn off the tap," it meant "last orders."

The Great Highland bagpipe is a traditional Scottish instrument dating back to the 14th century. It's a closed reed instrument with 9 notes, a chanter, a bag and a drone. 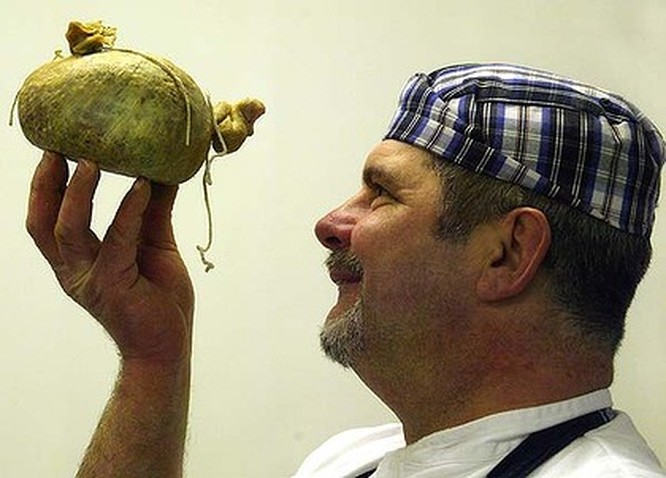 http://www.scotland.org/
Scottish master butcher Neil Watt inspects one of his haggis prior to it going on sale in his butcher's shop in Montrose, Scotland. Photo: AP
Or take food. We all know the stereotypical notions of traditional Scottish fare: haggis and porridge and the legendary deep fried Mars Bar. Not anymore: Scotland's new elite of super-chefs like Gordon Ramsay, Nick Nairn and Andrew Fairlie are taking the country's incredible natural produce – our beef, venison and seafood – and elevating them to Michelin starred levels. 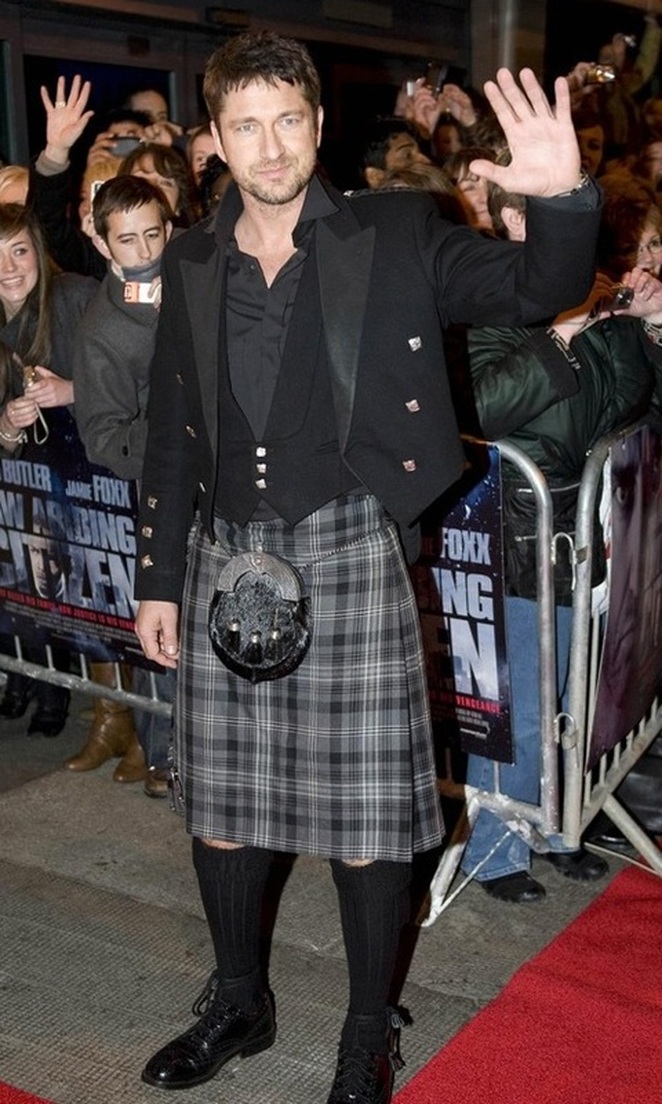 http://listicles.thelmagazine.com/2010/04/15-celebrities-wearing-kilts/
Or that the kilt is making a comeback on the catwalk as designers like Jean Paul Gaultier, Vivienne Westwood and Glasgow's own Jonathan Saunders take traditional Scottish dress to places the clan chiefs never dreamed of?

A Project of the L Magazine.
http://listicles.thelmagazine.com/2010/04/15-celebrities-wearing-kilts/